(cont) ... Another, significant and unexpected element in my quest for sitting back and reflecting upon the sessions has been the powerful and sentimental contribution of Diane Isonaka[1][1] who reflected upon the characteristics of the future entrepreneur and the fact that the ultimate need in the future will be effective, pure and committed leadership. Diane stressed the perception of the personal level development and gave her own interpretation on what the future is going to look like and how to better prepare for it. It is important to understand that there are many opportunities lying around and these can be captured only by learning as much as we can through their uniqueness. Future entrepreneurs and scholars should be able to match their profiles with the needs arising. Training, education and resource development is something that governments and private sector should take into consideration since research and development cannot evolve without financial support and infrastructure. Private consulting and building knowledge networks are the two main parameters that will be used to bring back more information and know - how. 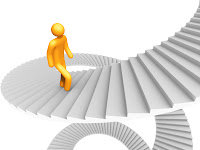 Diane takes a step forward since she believes that the new mission for the future is effective partnerships. In order, though, to be able to forge effective partnerships and be able to manage the great abundance of information, leadership, education and training are necessary since they can help the future entrepreneur learn how to become a manager and a leader for the future and understand better the way of leading data. This constitutes a different kind of manager; a manager that will promote diversity of partnerships will hold the key of managing and understanding complex data which all these lead to the recognition of business opportunities. Future leaders will also be forced to adopt an ethical decision making attitude which is in direct relation and interaction with the customers. The public will not tolerate any unethical behaviors anymore and future leaders will be responsible to learn about ethical decision making.

Another crucial criterion that Diane put on the table is the fact that in the new knowledge age there is no longer any consensus about everything. The future leader is expected to be able to make a case under a particular perspective, get smarter and be able to proactively handle knowledge networks. The world, she stated, will get a lot “messier” and the knowledge needs to be carried by bringing different points of view to augment the ability to learn more. 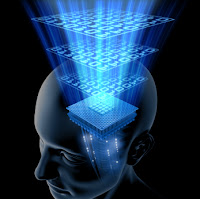 Last but not least the future leader will have to be able to distinguish oneself and understand the needs. Becoming a leader for the future means thinking about the new age, using knowledge and networks to make better decisions. Diane claims that this is a fantastic time to become a knowledge seeker and be able to “prelate” collaboration in a more creative way.

Diane did not leave the class without sharing some references and books about “creative enterprise”, learning and leadership for the future. The three books she recommended, from which I already had the chance to read one, share as a main resultant the fact that the world is changing rapidly and in order to be able to be an efficacious part of it, solid leadership skills and knowledge sharing is the heart of success. The first book “Connecting the Dots” by Robert Howard is an eminently readable combination of innovation and how to exploit it, combined with lots of adventure. In the second book “Too Big to Know” by David Weinberger, the leading philosopher of the internet, explains how knowledge and expertise can still work - and even grow stronger - in an age when the internet has made topics simply Too Big to Know. The third book “The Clue Train Manifesto” by Rick Levine, Christopher Locke, Doc Searls, David Weinberger and McKee Jake is a set of 95 theses organized and put forward as a manifesto, or call to action, for all businesses operating within what is suggested to be a newly-connected marketplace. The authors assert that the Internet is unlike the ordinary media used in mass marketing as it enables people to have "human to human" conversations, which have the potential to transform traditional business practices radically. I strongly believe that Diane’s contribution has been the landmark of all the sessions since she brought a new angle on the table by making us all aware of how the future is going to look like and what would be the best way to prepare. 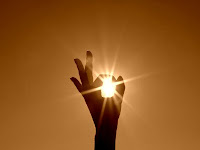 Moving slowly towards the end of this reflection report it would have been unfair not to mention the phrase used by François Gaspard[1], who summarized his session by borrowing a phrase by Henry Thoreau[2]. Henry Thoreau said that “success usually comes to those who are too busy to be looking for it”. I believe that this quote is talking about how successful people are often too busy completing tasks and making a difference to worry about the status of their success. Hard work usually brings on success without a person even THINKING about succeeding. When I heard this phrase it immediately came to our mind another phrase by David Frost[3] who simply said “Don't aim for success if you want it; just do what you love and believe in, and it will come naturally." Both phrases appeal to anyone who is motivated to truly live life.  If you are busy doing, you can't spend time worrying.  The more you do, the more likely you are to succeed.  So by the shear nature of doing, one would be likely to be focused on what is in front of them and not the likely success that will come despite looking for it.  Those who do look for success aren't being productive enough to find it.  When things have to happen they do, even if sometimes at first they go from failure to failure but if we do not lose the enthusiasm, believe ourselves, success will soon show up.


[1] Thursday March 1st, François Gaspard, CEO and co – founder of TadaWeb on “Selecting the right partners to launch a business and lessons learned in raising seed investment”
[2] Henry David Thoreau (July 12, 1817 – May 6, 1862) was an American author, poet, philosopher, abolitionist, naturalist, tax resister, development critic, surveyor, historian, and leading transcendentalist. He is best known for his book Walden, a reflection upon simple living in natural surroundings, and his essay Civil Disobedience, an argument for individual resistance to civil government in moral opposition to an unjust state.
[3] Sir David Paradine Frost, (born 7 April 1939) is a British journalist, comedian, writer, media personality and daytime TV game show host best known for his two decades as host of Through the Keyhole and serious interviews with various political figures, the most notable being Richard Nixon. Since 2006, he has been hosting the weekly programme Frost over the World on Al Jazeera English.
[1][1] Tuesday February 14th 2012 David Galas «What are the new potential markets deriving from genomics and genetics? »
Posted by Dimitrios Salampasis at 22:39