Open innovation: Past, Present and Future Aspects
Posted by Dimitrios Salampasis at 04:34 No comments: 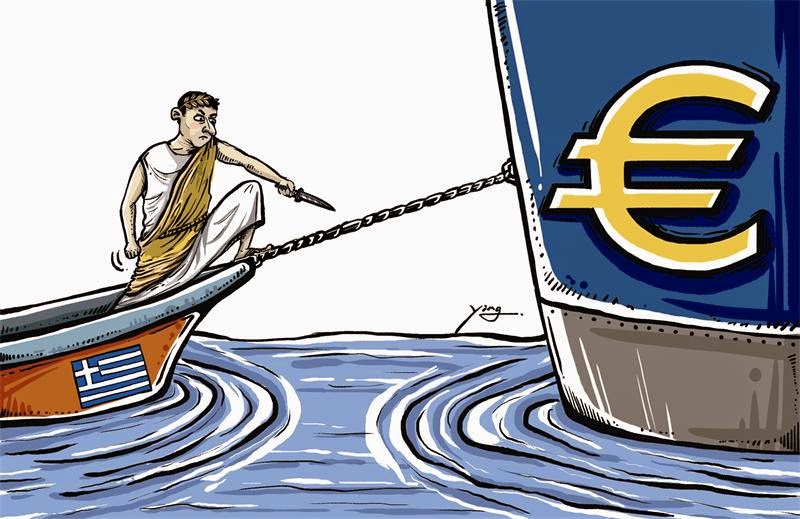 For the past couple of days I have been reading the emetic and nauseous comments and reportages on the Greek and international press and the internet in relation to the situation in Greece, the development of the negotiations and the Eurogroup meeting in Riga. The situation has turned out to be so appalling and ridiculous and I am not sure it deserves any attention at all.

However, I decided to devote some time to present some thoughts of mine and project the complete aberration and irrationality of this situation as a whole.

1. Greece participated in the Euro project, which turns out to be maybe the biggest failure of the EU endeavor, with fabricated data. Greece should never have been accepted to enter the Eurozone.

2. Greece has been experiencing all these years, or even better, from its integration to the EU, a factitious development, with excessive spending, problematic taxation policies, while developing bureaucratic public institutions. Needless to say that syndicalism has been and still remains the greatest and most serious "gangrene"  of the so-called system.

3. Five years ago Greece was forced to sign a memorandum with the IMF, the European Central Bank and other EU and International Organizations for a bail-out of billions of Euros that would help the country develop, come out of the crisis and also change the way its financial system was functioning.

4. Five years have passed since then and the situation has worsened instead of showing signs of progress. Extensive budgetary cuts, salary losses, raise of unemployment (especially within the youth generation), fleeing of a huge number of the Greek population abroad for a "better" life, selling of the national property, retreat on hot national topics, loss of competitiveness, no productivity, continuous debt repayment and invasion of diplomatic mechanisms in the internal and national matters of the country challenging the national pride and sovereignty.

5. A few months ago the Greeks decided to bring into power the left party Syriza, to form a new government, with the hope that things would change, get better and that this insanity would stop. Syriza has been faced with situation, which as we can see has been unable to manage, despite its pre-election fanfare, both due to internal and external constraints and following an attitude, experimentation and mindset that brought no good but rather harmed the whole process. Syriza had the perfect opportunity to bring change and "fresh" air in the negotiation agenda; unfortunately this opportunity has passed and gone.

6. The current situation now is the following: empty treasuries and funds, continuous rising of unemployment, production being reduced on a daily basis, SMEs declare bankruptcy on a daily basis, complete isolation of the country withing the EU and the international sphere and a total destruction of the social welfare and the core social sphere of the country. Additionally, a rise of extremism and racism is constantly being observed, an unprecedented influx of immigrants looking for a better life (in a country which is already gone bankrupt), the division of the country into memorandum and non-memorandum followers along with a complete irrational multilingualism from the side of the government, which is not capable to handle properly any of the current topical themes in the political agenda

To that respect, I hereby raise the following points:

1. A new memorandum and a new bail-out will raise the debt to almost 0.5 trillion Euros. Who will pay for that? From which pockets and from which people will this debt be repaid? For how many generations private fortunes and capital of Greeks will be confiscated? Which of these money will lead to true development?  What kind of below-the-table games will be played and what kind of provisions will be promised to the detriment of the country?

2. The country is sick. When someone is sick you provide medicine to make things better and not worse. A new bail-out will be followed by a new memorandum adding more to the current excessive debt + inference to internal matters and policies from the outside world

3. A new bail-out will lead to more hatred and detestation and the observation of comments and situations, such as the ones we have all been reading and experiencing all this time.

4. Greece does not belong and never belonged to the "hard core" of the EU. We need to understand that by stop pretending to be someone we are not. And the rationale behind this realization is not only political but goes back to history and the institutional democratic regime of the country, along with the attitude, mindset and culture of the Greeks. I was not surprised when reading the comments on the yesterday's article by Minister Varoufakis (Project Syndicate); the most nasty comments came from Greek voices per se. The country has never experienced internal concord, peace and agreement. The Greeks do not know the word collaboration and mutual understanding, seeing things always with a short-term mindset and a "never mind" attitude. And the same mindset and attitude is unfortunately also being extensively adopted by the Greeks living abroad and the ones working in EU and International Institutions, also causing a lot of harm in this process. The Greeks were never settled together and everything has always been reflected into the individual and collective party preferences. This state of mind has been causing the total destruction of the county along and across internal and external borders.

5. Notions such as family, property, home, motherland, history, language, religion, customs and traditions begin to disappear from the vocabulary and the modus operandi of the Greeks. Why? Because everything has been sacrificed on the altar of xenomania and pseudo development. A country with lost values, history and weak social structure and sphere will be sailing adrift in the ocean of globalization and will always become a pawn to national, international and global policy-makers

6. A few days ago I was in Brussels for some interviewees and meetings. I decided that I will probably never go there again. The lifestyle I experienced, the new so-called EU attitude of the young and old minds of tomorrow, the discussions and the argumentation regarding the recovery of the Eurozone and Europe, along with the rancor towards Greece made me feel ashamed of being European. I am sure the fathers and the founders of the EU had never imagined the abjection their endeavor is currently experiencing.

I know one thing: this total madness needs to stop. And the only way to stop it is by exiting as smoothly as possible the Eurozone. And I declare this, as a a person who has been and still is in favor of Europe. This might look hard, tough, unimaginable and it also might look as a retreat and a setback. I do not think so. The country cannot sustain any more sacrifices and any more loans. No-one has the right to confiscate the future of the coming young generations and create situations that will certainly lead to a civil war at the end. Greece is an equal EU member state, it is not a protectorate. By continuing to negotiate and trying to make ends meet based on financial criteria and bail-outs, the situation will only worsen and the problem will only perpetuate. I strongly believe that getting out of the core Euro framework will allow for bringing inside successful systems of non-euro countries and implement policies which cannot be implemented now due the current policy and institutional constraints. People say that we are happy with the Euro. Look around you people: is this happiness, is this prosperity, is this national development, it this social cohesion? I repeat, this is a madness and an endless vicious circle. A nightmare, an inferno.

The EU and the Eurozone are two different things. The people of Greece need to understand that we are now paying for the choices of the politicians we elected and for the prosperity we thought we had. History has shown that as a nation we have not learnt from our mistakes and we still do not.  However, now there is no turning back: this madness needs to stop otherwise Greece will be totally erased from the world soon. The sooner we realize this ... the better ...
Photo: China Daily
Posted by Dimitrios Salampasis at 19:10 No comments:

Peace and humanitarian education: driving education within the deep waters of global uncertainty

This is my presentation during the 2014 Global Education Conference. This presentation aims at emanating the role of peace and humanitarian education as a core element of the educational endeavor towards the development of the profile of a citizen of a global society. The world nowadays is experiencing multiple challenges, insecurity, uncertainty and problems which cater for immediate humanitarian action and at the same time put peace in danger. It is important to realize the fundamental role education needs to play towards the establishment of the right cognitive norms and cultural behaviors that can foster a global collaborative mindset in order to tackle these emerging threats and soothe the pain many people around the world are experiencing via multiple channels.

This sessions is of relevance for teachers, students, policy-makers and everyone interested into shaping the future of education and creating a relevant and not simply a theoretical framework to develop and create human global citizens who will be incentivized and sensitized towards global problems.

This session is fully aligned to the mission of the Global Education Conference since it offers "up to speed but down to earth" insights on how education needs to support awareness in relation to peace and humanitarian education and establishing the right mechanisms that will drive global competency towards solving contemporary and real-life global problems from citizens of the global community.

Posted by Dimitrios Salampasis at 22:35 No comments: 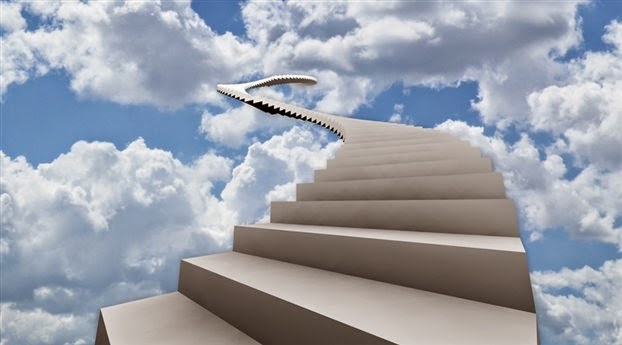 Posted by Dimitrios Salampasis at 21:04 No comments: 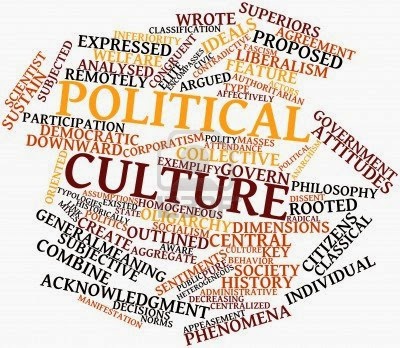 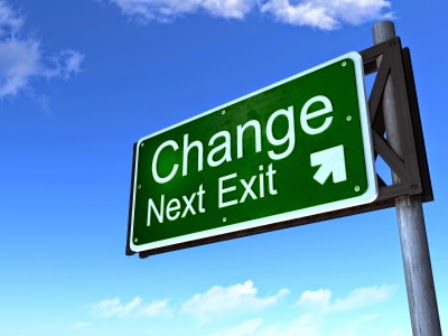 Posted by Dimitrios Salampasis at 07:21 No comments: 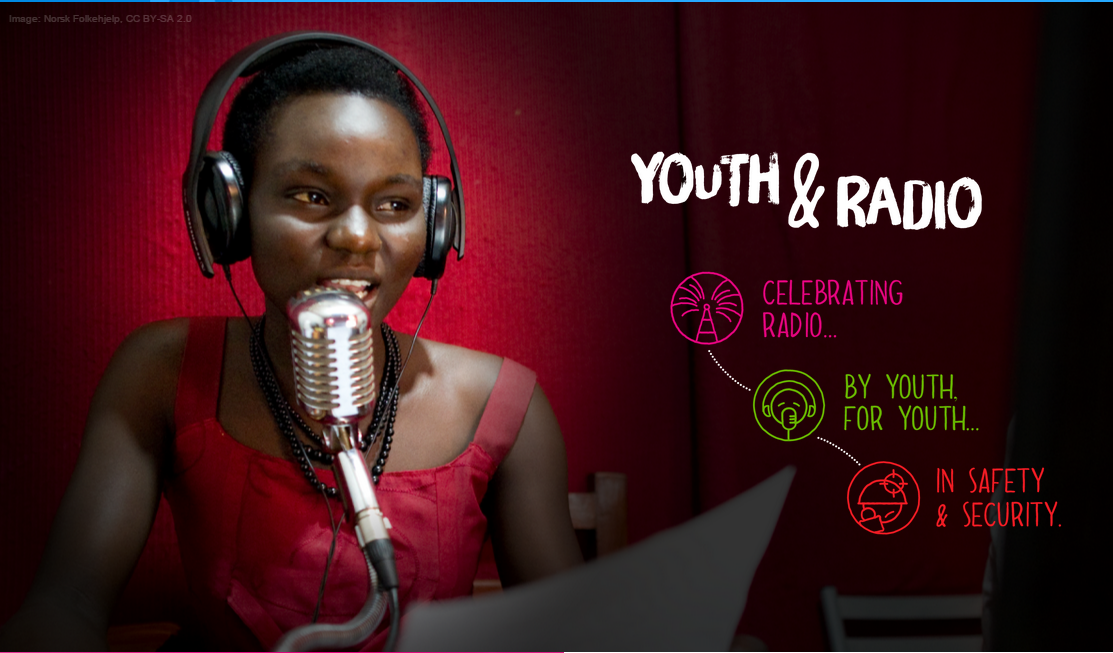 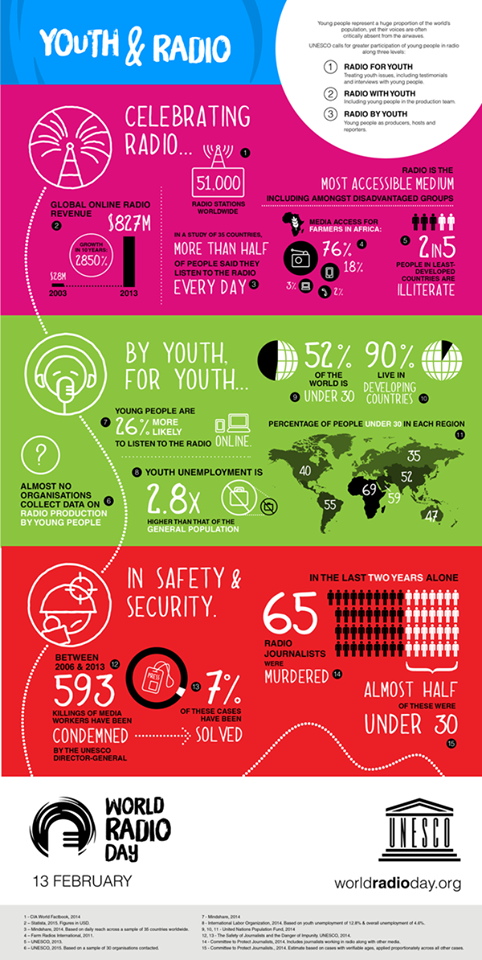 Posted by Dimitrios Salampasis at 21:56 No comments: 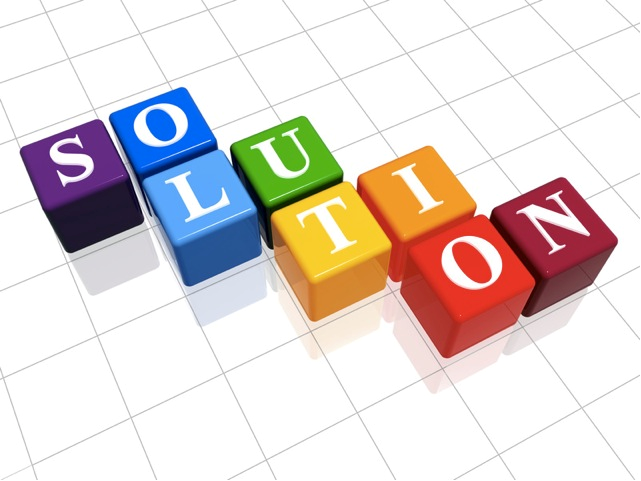 Posted by Dimitrios Salampasis at 08:05 No comments:

Posted by Dimitrios Salampasis at 21:48 No comments: 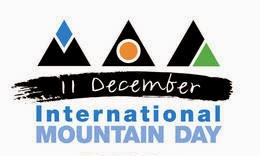 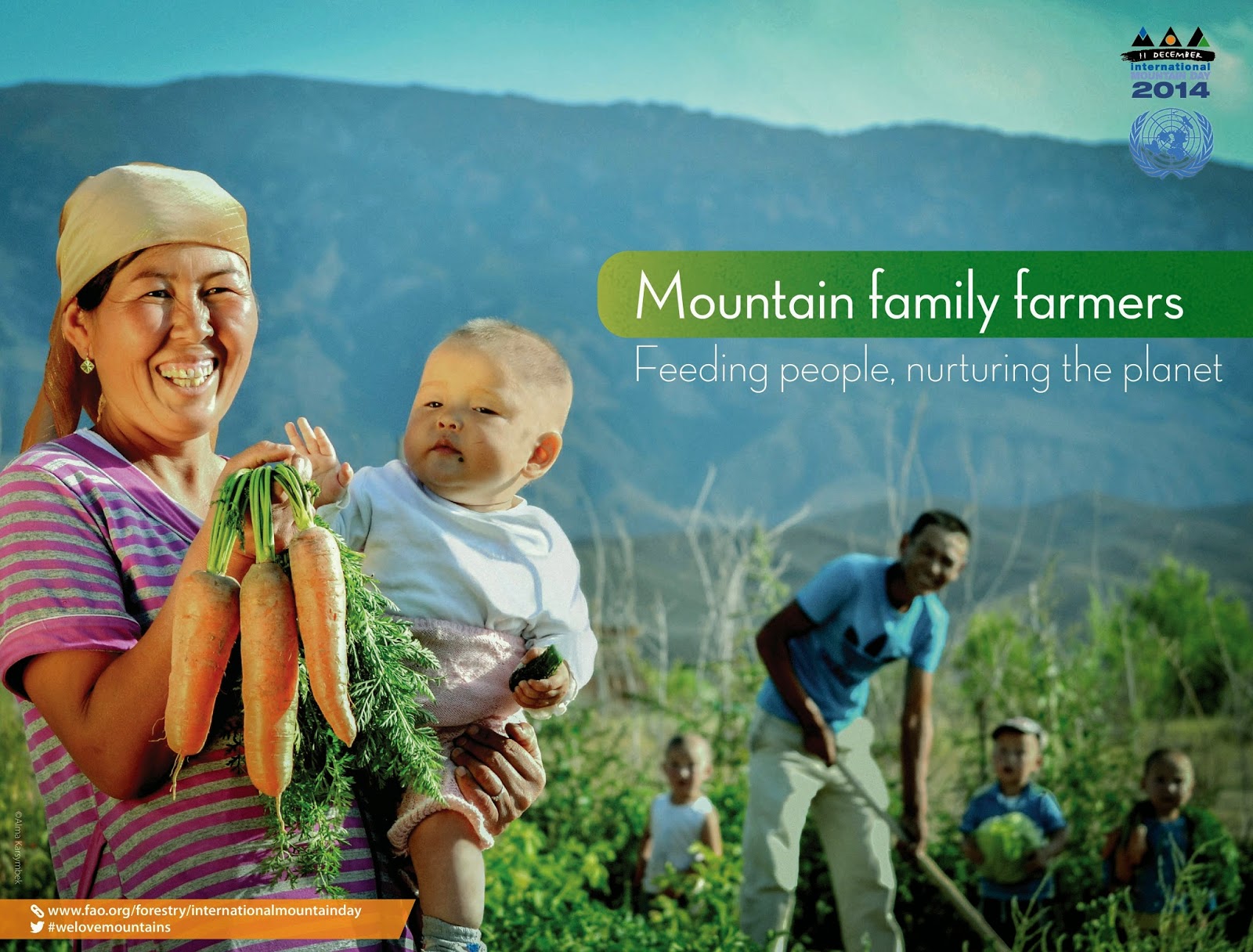 Posted by Dimitrios Salampasis at 20:55 No comments:

Posted by Dimitrios Salampasis at 20:52 No comments: 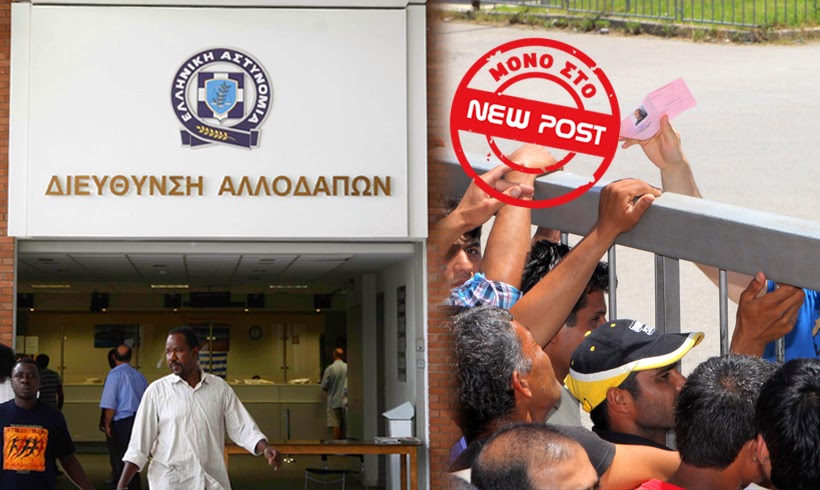 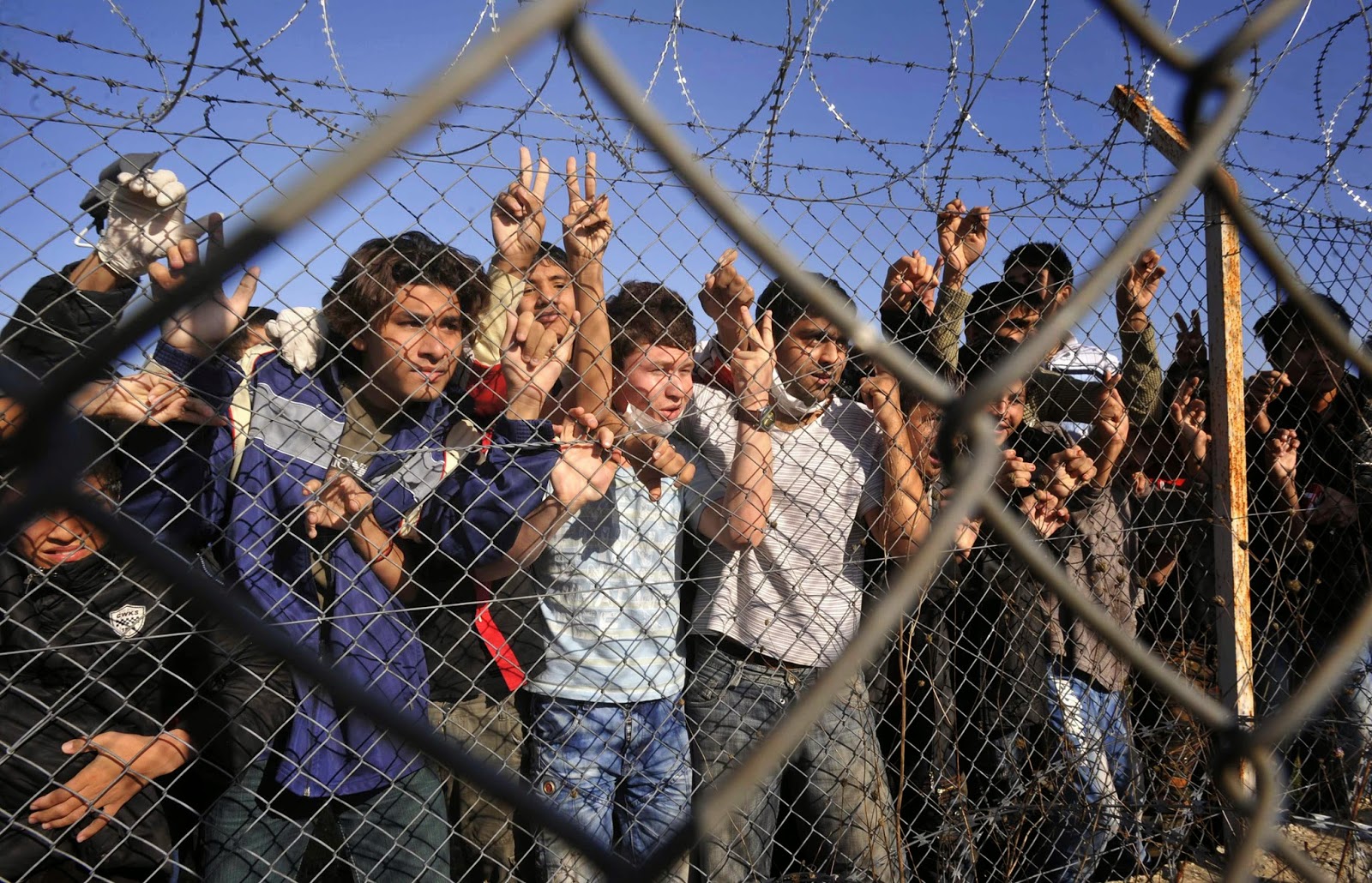 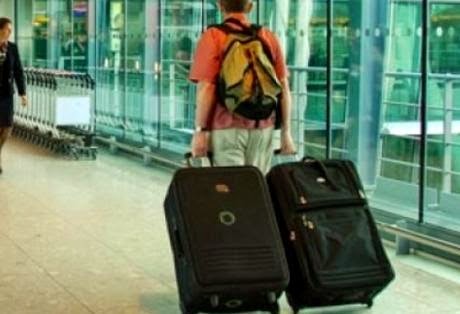 Posted by Dimitrios Salampasis at 03:50 No comments: 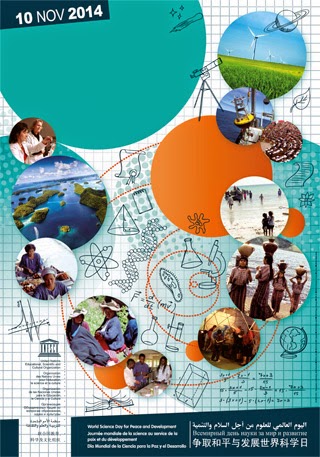 Posted by Dimitrios Salampasis at 19:31 No comments: 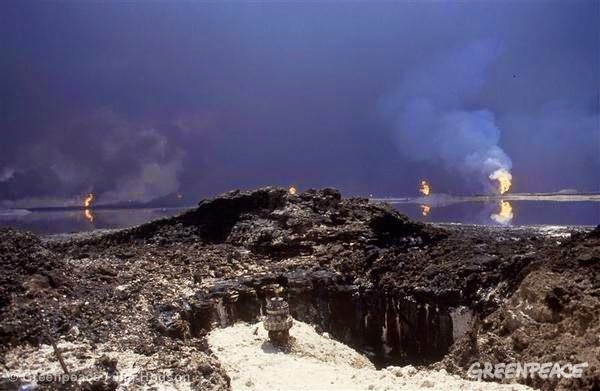 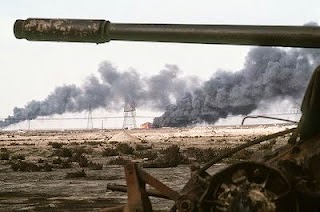 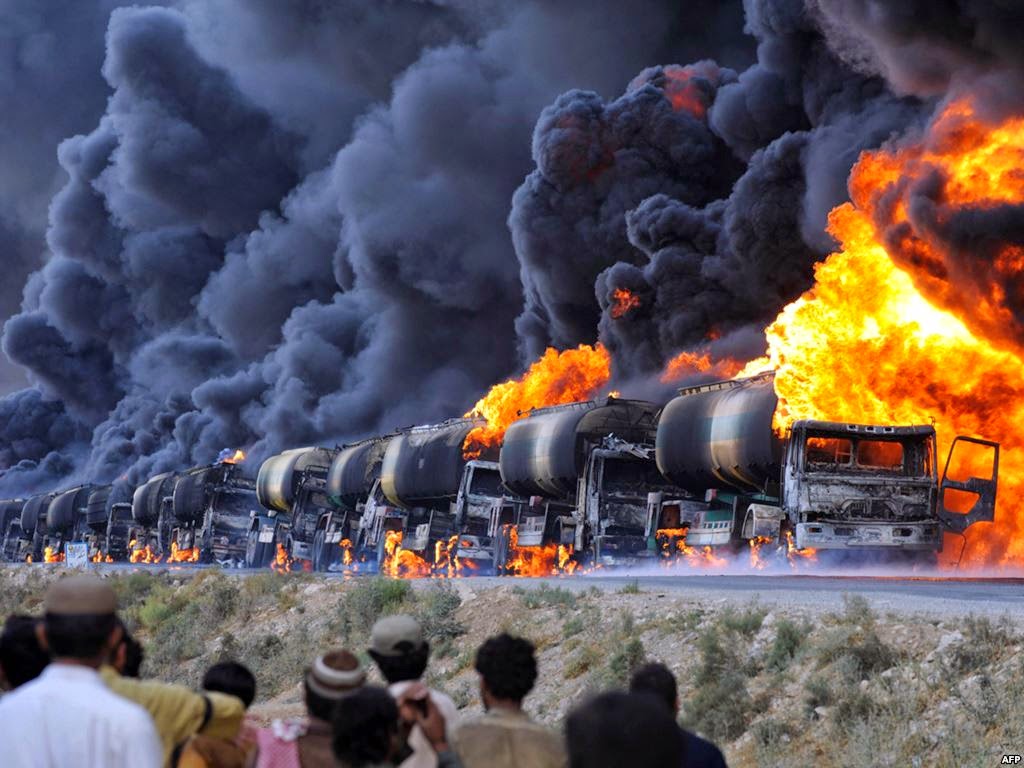 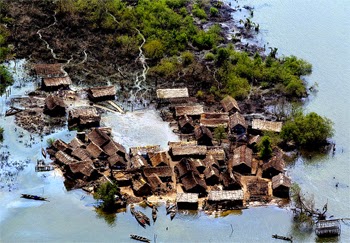 Posted by Dimitrios Salampasis at 20:19 No comments: